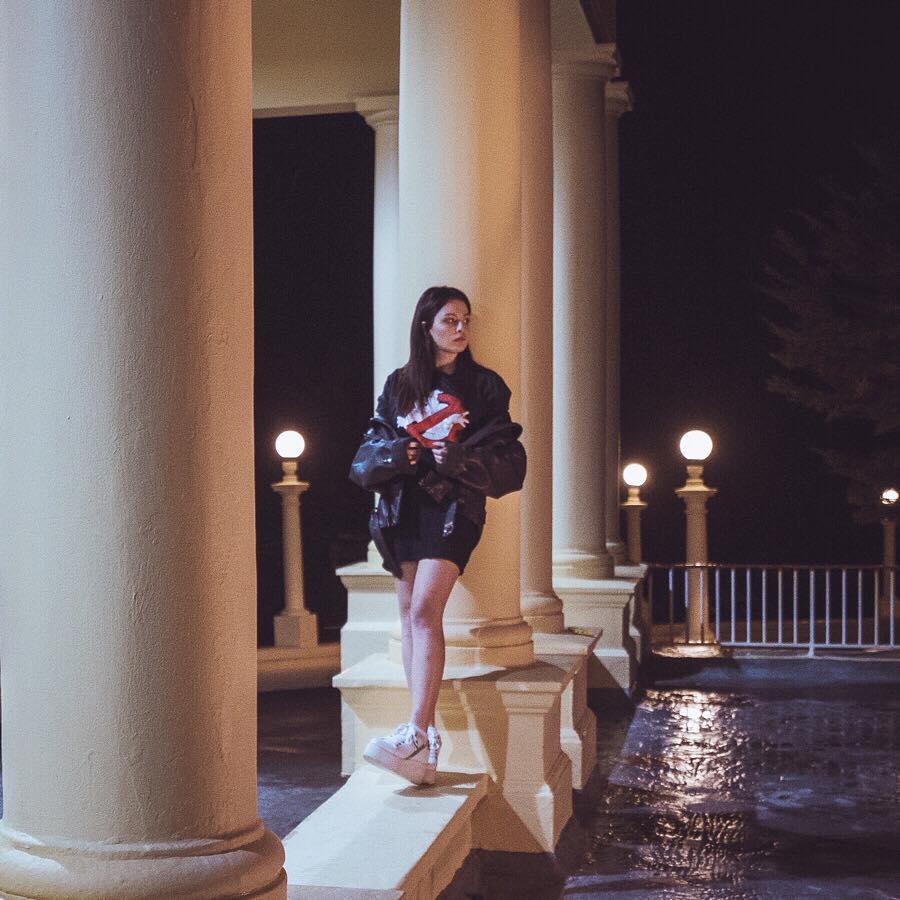 Living in Wellington, Josie Moon is an inspired artist of indie pop who is pushing herself in every direction – production, songwriting, performing and producing videos.

“Music was always around, but I didn’t really start doing it as a hobby or writing that much, until my first year of university. I really hated that degree, so in my spare time, I just started writing, giving myself something to focus on. I just kind of, went from there.”

She bought a MIDI keyboard, electric guitar and bass. Spending all her money on music gear, “…because I like to have options,” she hunkered down to learn about Ableton Live and song production. She wrote a flurry of tunes, which wound up becoming two EPs, ‘Pulse’ and ‘Lone’, both of which came out in 2016 and are on SoundCloud. With their effervescent melodies, the tracks 8 Teen and FLLNillustrate her considerable promise.

She wrote and recorded those EPs to teach herself how to make music, the wider reason being that she felt she needed to prove to herself that she was going to take music seriously. In 2017 she switched degree courses to start studying Commercial Music Practice at Massey University in Wellington.

The results of her hard work caught the ear of producer/musician Nik Brinkman (Physical, Over The Atlantic) and they started collaborating. The result of that is her 2018 EP ‘Rose Tinted’, which is both catchy and accomplished, revealing a potential major songwriter in the making. The EP received rave reviews from NZ Herald, NZMusician etc. and has had airplay on both the commercial and Indie radio stations.

Josie is determined not to rest on her laurels, or to be seen as just a vocalist. Hungry to learn more, she has already gone into more workshops.

“Production is something I’m the most engaged with. I feel like I have so many ideas I can bring to the table.”

Her debut live performance was at the aptly named Newtown bar Moon 1. She’s since played Newtown Festival and supported Tasha Sultana at her sold-out Wellington Opera House show. At the end of August, she played at The Others Way Festival, her first ever Auckland gig.

“I don’t really know that many people in Auckland, but the room was full!”

She’s had a couple of videos commercially made, but that didn’t stop her doing one or two herself, like the lyric video for After Hours.

“Basically, I went on holiday to Bali with my family for a week and was told I had to make a video while I was there. I grabbed some films that have gone out of copyright. Cut those up, put it in there, filmed a lot of the surroundings I was in and put a mood and a vibe into a lyric video with lyrics I wanted them to be subtly reminiscent of foreign films with the old subtitles.”

Now 21, and with a year left to study, she seems determined to keep learning her craft. As further proof of potential and intent, she has started work on her next collection of songs.

“I’m working on the next EP already – because the one I just released I recorded last summer. Mentally I have outgrown it, and I’m really ready to stretch out a little bit and try some new stuff. For me, everything starts with good songs.”